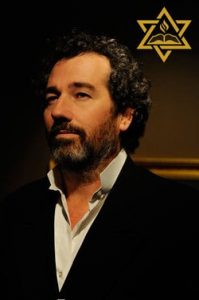 The founder of The Army of the Lord – United States is Arlin Ewald Nusbaum, called by God to start this work August 20, 2015. Brother Nusbaum comes from a long line of ministers, over ten generations, and is a direct descendant of Henri de St. Clair who took part in the first crusade that saw Jerusalem return to Christian hands in 1096, and Sir William Sinclair, 4th Baron of Rosslyn, the last family Templar in Jerusalem (1187).

The traceable templar line ends with Brother Nusbaum’s ancestor Sir William St Clair, 11th Baron of Rosslyn, 3rd Prince of Orkney who built a memorial to the Knights Templar known as Rosslyn Chapel. Sir William was the last knight buried in full armor in the vaults below the chapel; he died in 1484.

Brother Nusbaum gave his life to Our Lord at the age of sixteen, was a missionary, and pastor.  The Lord then called Brother Nusbaum into the wilderness for twenty years, to prepare him for this time. He is now being released and brought forth to assist in this End Time Battle that Jesus described in Mary K. Baxter’s book A Divine Revelation of Hell, published in 1976 (see pages 144, 171, 191).